There is no doubt March is the month of Clan Malkavia in the City Beautiful. It is their honor to be hosting the gathering this Month, as well as celebrating the appointment of a new Harpy. Malkavian Luminary Elder Vesper Krone Loyal and Courageous in the domain of Orlando has been appointed by the Primogen council as my successor. This will also be the first month the clan is under the leadership of its new Primogen Estry. With new management and a wise Elder like Vesper could the Malkavains be building to be a new political Powerhouse catching up to the Ventrue and closing the gap with Clan Nosferatu?

It was never my intention to serve as Harpy for a long period of time. As many know the position has always held a special place for me. Making sure status is upheld and the economy of boons preserved is no easy task and are the cornerstones of our very way of life in the tower. It has been a privilege to serve the domain these past months as your Harpy. However, my personal goals and other obligations at the moment require more focus, and I realized I can not do the position justice. It was with this in mind that I offered my resignation to the Primogen Council.

Candidates came forward and were narrowed down to Elders Vesper Krone and Saffron. Both made their statements and as you already know Elder Vesper was chosen by the council. I have already begun to turn over the records to Harpy Vesper and have agreed to assist in any way I can. For years now I have worked tirelessly to preserve the continuity between Harpy’s of the domain. I will continue to do so for as long as future Harpies allow.

The Domain patiently awaits the formal Symbel details from the Confirmed Elder Knight of the Monolithos of Clan Assamite. Those who have discussed the contest with the Elder have reacted with eagerness and excitement. None more so than our very own Prince Tsavo. What we know about the the contest so far;

It will be a formal Symbel so Victorious will be up for grabs!

The main portion of the contest will be intended for our younger members only.

Only one member of each clan will compete in the final contest as their Champion.

Elders may get involved by backing Champions supporting the one they wish to see win the day. 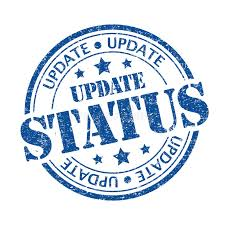 Elder Gaddi the Crow of Clan Ventrue is seen as Loyal and Courageous by Prince Tsavo.

Assamite Clan Whip Avie Moshe is seen as Favored by Elder Knight of the Monolithos of Clan Assamite.

As a reminder those to whom I had granted status to as Harpy will be losing said status with the change of office.