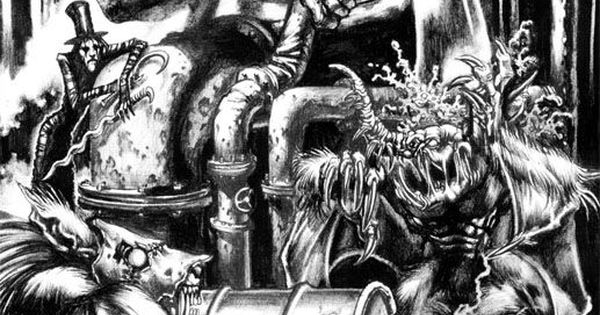 — Harpy Report of the Domain of Orlando —

Gentle reader, I pray this time between Gatherings has treated you well, and that the Gathering to come shall be as festive as it is peaceful.  The calendar proposed some months ago suggests this Gathering will be held by the Honorable Clan Tremere, and considering their capable performance at the last Gathering, no doubt it will be an event to remember.

–Changes in the Office of Harpy–

It is with regret that I inform you all that Lukas Gaddow will no longer be serving as a Lesser Harpy.  I wish him all the best in his future endeavors, and upon its availability, I shall issue him the status of Courteous, for his service to my station.  For one of the Rose so young, he has proven to be a capable, enigmatic and personable writer, and I would strongly suggest that his blood consider him for the position of Whip.

To ensure the continuity of Harpy reporting, I have engaged the assistance of the Nosferatu Miroslava, whom shall be my representative in my absence, and shall have the ability to record the giving and expenditure of boons.  He shall be, at the conclusion of his trial, be made a Lesser Harpy in full.  One opening remains for an additional Lesser Harpy, and I welcome any columnists whom would choose to submit their work for inclusion in this publication.

–Club 33 and the Forsaken Queen–

This office has noticed of late the attendance of several members of this city at Club 33, the new gathering and meeting place for the Forsaken Elaine.  To ensure our City is aware, the status of Forsaken indicates that the one that holds it is no longer a member of our Sect, nor can they hold Status, nor participate in Prestation.  In effect, Elaine is a non-person to the Camarilla at this time, and association with such an individual is in itself a Scandal worthy act.  I would strongly suggest to my mindful readers, that you refrain from visiting this individual until their situation has been rectified by an Authority.  In the meantime we shall be watchful, and in the future, this office shall have no choice but to call a Scandal on those whom do not heed this warning.

–Address from the Praxis–

From the Office of Prince Goodman 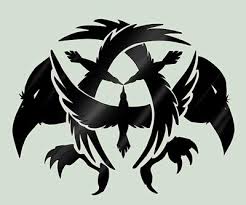 The Domain is presently playing host to a contingent of Delegates from the Great Camarilla City of Atlanta as well as officers of the Tower. While visiting the Domain, Archon Reignhardt, serving under Ascendent Justicar  Lucinde of Clan Ventrue, was brought to final death. The circumstances of this crime are suspect and warrant a thorough investigation. I have extended the hospitality of Orlando to our prominent guests while a joint investigation is conducted by Sheriff Matteo Vitale and Master Harpy Rahim al Fais. I expect the domain to act with full cooperation with this investigation and accept whatever truth is found. The city would be well advised to mindful of the ways of the Tower while our guests are present, and use this as an opportunity to adjust to the new levels of adherence to the Traditions as will be expected of members of this Domain. Any deviant  behavior, or affiliations with unseemly individuals, are likely to harm the reputations of your Clans.

–The End of the Black Spiral Menace–

As my readers surely know, several Lupine, whom had been tainted and corrupted by foul spirits, have been at large in the city for well over three months.  They were directly responsible for the roving Biker Gang’s organization and direction, ravaging the city as Hurricane Dorian approached, and were responsible for the gruesome deaths of several prominent Kine.  It may be further speculated that their presence and actions could have led to the arrival of the National Guard troops, and the general lockdown this city suffered for nearly a month.

As formerly Sheriff, it was my duty to hunt these fiends down, and in that I was only partially successful, having destroyed one personally, and another with my brother Mahmoud.  These creatures, having lost their kind to my blade, took a personal interest in me and swore their own vengeance.  It would only be after driving me from my home, gruesomely murdering my apprentice, mutilating her corpse and hanging it from a tree, and ceaselessly terrorizing the territory and Kine I guard with my unlife, would I finally have a chance to end their menace, once and for all.

This opportunity came, through the help of my deceased apprentice, who informed us she could track these creatures through the spirit plane in which they resided.  She would be able to inform us of when and where they would appear, but would only provide short notice.  This notice came in the form of a night and time, but not a place, and was to be the night of Tuesday, the 29th of October.  A defense party gathered, comprised of Deputy Elder Chance Whitman, Elder Rhamiel, Sheriff Elder Matteo Vitale,  Primogen Elder Skoll Lukka and myself, as we waited for details as to where the attack was to take place.  Coming as suddenly as the earlier warning, we were informed the attack was to take place at the territory of Ulfheim, and we had mere moments to respond.

Arriving on the scene, and with no living mortals present, we committed to battle to end these creatures.  The struggle was hard fought, with the four fully grown Garou using all of the foul powers their spirits afforded them.  It would only be after I had myself fallen to Torpor in battle, and the other officers had sustained serious injuries, did the last tainted Lupine cease to draw breath.  With that, the area was cleared of evidence of the supernatural and vacated promptly, as we returned to our homes to see to our injuries.

I would thank those who stood with me against the menace of these creatures, and although I do not yet possess the Status to do so as Harpy, I plan to see Elder Chance Whitman, Elder Rhamiel, Elder Matteo Vitale and Elder Skoll Lukka as Honorable in the eyes of this office, for their selfless service to the Ivory Tower.  May their example be one to emulate, as these officers asked nothing in payment to defend the city they call home, and put their unlives on the line against a most potent foe.  I challenge all of you to go the distance as these Kindred have, and assist in this city’s defense, however and wherever you can.  We stand together, or we fall alone.

As it must unfortunately be noted, to help explain the burst of negative status applied by Elder Fenrir Lukka, which you will find listed in the Status Brief, the Elder took insult to the Black Spiral Dancers choosing to stage their attack within the outer bounds of his biker bar domain, and that several officers of the city chose to respond to eliminate them, and in doing so, trespassed on his Elder domain.  I received a letter not long after the struggle, describing briefly his insult at our presence in his territory, a suggestion that we had violated the Masquerade in full view of Kine (to which several of those present took offense), and a listing of the negative status he as an Elder was Established to provide.  It should also be worth noting that the message, which I shall omit here as he mentioned that he plans to provide it to any whom would have it at the Gathering to come, additionally stated that he no longer sees Vidarr Lukka and Hati Lukka as Gangrel or members of his Lukka family.

It is important to point out, as a matter of protocol, that he does not have the ability to eject others from his Clan, failing to be a Justicar, or in his Clan’s case the Imperator, nor can he deny them representation, being that he is not Primogen of his Clan.  As much as I may wish to claim Mahmoud or Zero are Caitiff at times or remove their representation, due to Mahmoud’s incessant firearm training or Zero’s unceasing sword sharpening, I lack that ability, being not a Justicar nor a Primogen.  I do certainly concede that he may of course deny Hati and Vidarr access to his domain, or suggest that they should no longer use their last names.  He can even choose to Warn them as well, should they provide insult, as he has done with Vidarr, but all of that remains a family matter,  and one perhaps best settled outside of the public stage.

–Missives from the Harpy Nest–

The Harpies of this city would be most pleased if the following individuals would present themselves to provide information for our records.  Please note that we will be unable to record boons to or from these individuals until that information is received.

As we enter another holiday season, I hope you will join me in reflecting upon what we have accomplished as a City and as members of the Tower.  Together we have stood against the forces of chaos and division, and although we did not do so unscathed, we yet remain.  Let us be thankful for what we have, what we have earned, and what we may yet achieve together.

Until we meet again, I pray you all remain safe, and find peace in these turbulent nights.

Apprentice of Scrolls, Master of Swords